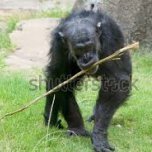 ok, so the ogres are really not done....   game vs zons with wizard, 2 extra apos and roxanna i got pows he passed amazing many dodges. I fucked up my offence so was 0-1 by HT, but then

right, despsite ending 9th We got promoted so the guys went on a 2 week bender and wont get back for some days. In the meantime I am stuck here trying to come up with a game plan this season vs t