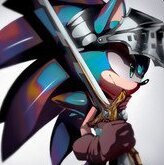 By Tallaseksut,
June 12 in Team Blogs

Welcome to the brewery my dear customers. Here, you can follow the legendary moments of the most famous nurgle brewmasters. Every team member is specially talented in handling a specific type of flavo

Key moments - second half: 1.) My knocked out players came back while one gnoblar was also pushed back to the field. They lost the +1 MA sprint one and their dirty player for the drive. We lost t